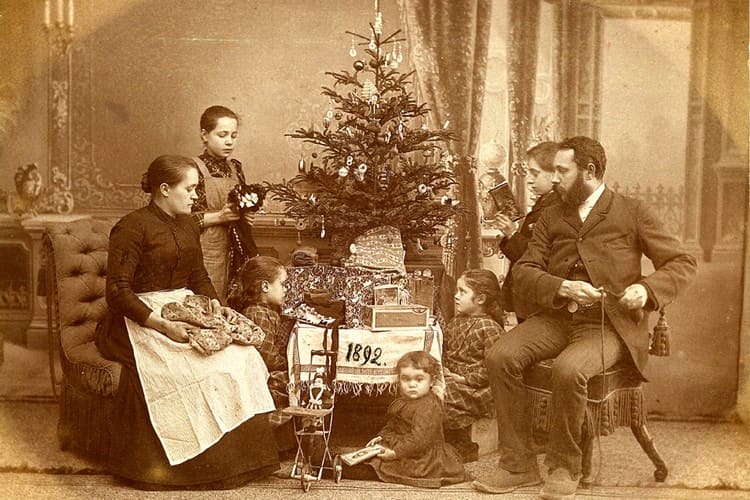 The most long-awaited holiday, which ends the Christmas (Filippov) 40-day fast. This is the second most important Orthodox holiday after Easter, the official day off in Russia. This means that the date is not only a national celebration, but also a heritage of Russian culture.

On the eve of the holiday on Christmas Eve, the Orthodox do not eat food until the first star appeared in the sky. Pre-Christmas dinner consists of "kutia" ("sochivo") – porridge made of barley or wheat, with honey, poppy seeds, raisins, dried fruit, jams. The classic drink is considered "uzvar "("vzvar") - brewed dried fruits and berries. The presence of 12 lenten dishes (according to the number of Apostles) at the meal is also desirable. The table was covered with straw and a tablecloth on top.

On the eve of the holiday itself, Orthodox believers go to service in Churches where Great Compline and All-night Vigil are held.

On January 7, Christians are allowed a plentiful meal without restrictions, the most favorite and delicious ones. The most important dishes on the festive table are meat dishes from pork, lamb and poultry. It became a tradition to serve Christmas goose fried whole stuufed with apples and sauerkraut, meat Russian jelly “kholodets”, salads, pastries. As a desert we bake pies, “kulebyaki” (meat ppies), pancakes made of oatmeal, honey gingerbread (cookies) painted with bright Christmas pictures.

Caroling and divination. Children dress up costumes and go to apartments and houses, sing songs, tell poems for Christmas. For present they get a sweet treat or a coin reward.

Divination. Christmas is the beginning of Yuletide (holy days “Svyatki”), which continue until the day of Epiphany (January 19). This period is considered the most favorable for divination. Unmarried girls are specially seduced by divination as a way of predicting the fate. Rituals are usually performed at midnight in the dark and by candlelight, which created a particularly mystical atmosphere. They also guess by the melted wax of the candle, which was poured into the water and tried to see the image of the frozen figure. Divination on coffee or tea grounds is also common, and mirror as well.

General cleaning of the house. By Christmas, everybody have to clean up the house, banya, the whole household, lay clean tablecloths, prepare new clothes to meet the holiday.

The prohibition to work on Christmas. It is considered to bring pain or misfortune in case one weave, sew, cook or clean the house. Nothing is done on this sacred day, just celebrating and praising Christ.

Symbols of Christmas in Russia

Decorated Christmas tree. Perhaps the most important symbol of the holiday. The tradition of installing a green tree came from the story of the birth of Jesus Christ. His parents Mary and Joseph hid the baby in a cave, covering the entrance with fir branches.

The star of Bethlehem adorning the top of the fir tree. When Jesus Christ was born in Bethlehem, a new star rose in the sky, which was brighter than all the others. Hence the tradition of installing such a symbol on the Christmas tree top.

Nativity scene - a composition of sculptures depicting the Birth of Christ according to biblical stories.

Candles. Previously used to decorate Christmas trees. Now they are lit in churches during services and festive meals.

Figures of angels and bells. At the birth of Jesus Christ, an angel descended to earth and announced the birth of the Savior. Figurines of angels are presented as souvenirs to relatives and friends. The ringing of bells also announces Christmas to everyone.

Symbolic gifts are usually presented to relatives and friends, because the holiday meaning is primarily spiritual.

- Candles are a common gift for Christmas, because they give peace and tranquility. There is a huge variety of colors, shapes of candles.

- A souvenir in the form of an angel or a bell, which can be put on a shelf or hung on the Christmas tree.

- Christmas cards with wishes made with your own hands. Children especially love to create handmade gifts and postcards.

- A sweet gift - sweets, gingerbread - is pleasant to everyone from young to old.

Why in Russia Christmas is celebrated on January 7

Christmas appeared in Russia after baptizing, accepting Orthodox faith. The holiday was celebrated everywhere on December, 25. But centuries later, the date was moved to January 7 due to the adoption of a different system of chronology: Julian and Gregorian calendars changed each other.

* The Julian calendar was introduced in 46 BC by the Roman statesman Julius Caesar. Christian countries have used the calendar since the 6th century. However, it has inaccuracies: the calendar year was 11 minutes longer than the duration of the solar year. Every 128 years, the extra minutes formed an extra day. After 1500 years, the calendar lagged behind the tropical year by 10 days, and by the 20th century the difference was already 13 days. That is why a new, more accurate calendar appeared at the end of the 16th century.

* In the 16th century, Pope Gregory XIII moved Rome to a different calendar, named "Gregorian" in his honor. In the future, most countries of the world switched to a similar system of chronology. But the Patriarch of All Russia Jeremiah II decided that Russia has a special way of development and refused to introduce a new calendar. After the Bolsheviks came to power in 1917, the Gregorian calendar was accepted in Russia also.

But the Orthodox Church remained orthodox and did not change the system of chronology. Therefore, Orthodox Christmas is celebrated exactly two weeks later than the Catholic one – on January, 7.

New Year's Eve December 31 in pre-revolutionary Russia was not considered a special festive occasion, but simply was the border between the old and new year.

Order service
Our managers answer all your questions with pleasure and/or customize your tour and/or make an individual offer for You.
Back to the list